The days feel long, but man, the months are flying by. We are entering into our last week of April and I sit here asking myself the same question that my parents asked a couple of days ago, “What’s new Madeline?”

When they asked me I sort of paused and then answered, nothing really – I’m just plugging along. I hated myself for giving them this answer, not only because it is so uninformative, but I have always been the kid that would share, in great detail, the most boring parts of their day. I love story telling. Maybe it comes from my love of reading, because I certainly enjoy that too. If you give me a good book I could easily have my nose in it the entire day imagining far off places, other worlds, and different times. So, I love to weave together stories and let people in on the happenings in my life. I guess it’s not surprising then that I started writing a blog – ha! But, it is surprising, that when I have the chance to tell them about my week I can’t think of what has happened. Let’s see –

I worked a lot (it pretty much takes up most of my time) and this particular week I’m anxious about an exciting opportunity. I’m preparing to present my research project at a national conference in Minneapolis that isn’t for another 2 weeks, but for some reason – in my head – I think its happening next week. I’m in panic mode. I know it will all be fine, and everyone has to start out somewhere, but a part of me keeps comparing it to a kindergartner trying to participate in the middle school science fair. But really, I’m thrilled to be going and I’ve never been to Minnesota.

That’s just one thing of many new things. Next time I answer with “nothing really” hit me with a slap on the wrist and “I know you can do better than that”.

I’m posting a few photos from the hike I went on yesterday with some friends. Sweetwater Creek State Park has an easy trail that winds along the creek. We were attempting to cross the creek by jumping over rocks and we were less than successful, but it was a good time out in the sunshine. 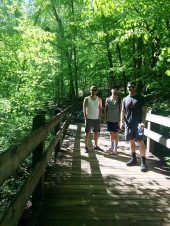 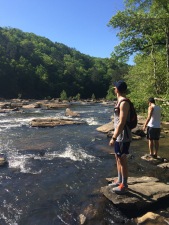 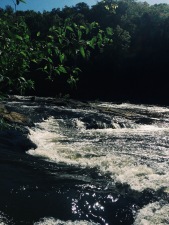 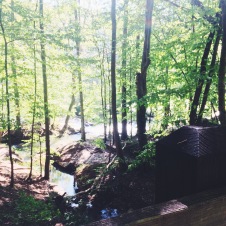 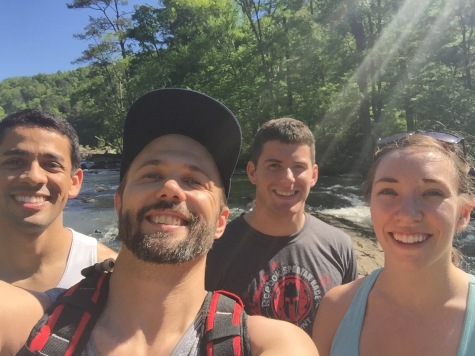 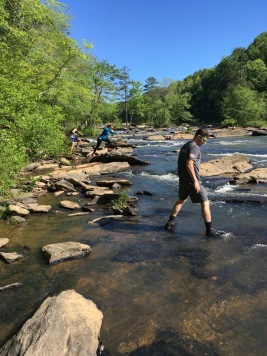 I was dog sitting this weekend and attempted to do a yoga video in the living room only to have the dogs decide to wrestle right on my mat. Thanks Bailey and Douglas you’re pretty darn cute, but yoga is impossible with you two around.