Tuesday April 12th has been a kick ass day. Mostly because it’s my sister Anna’s birthday, and a little bit because I bought a crockpot. I’m currently taking suggestions for the best crockpot recipes you have because the possibilities are endless, and in case you were wondering… I’m drooling with anticipation. Most nights I don’t eat dinner until after I get home from the gym, 8 or 9 PM, so this has been a monumental purchase in my adult life – take that!

But, mostly today has been awesome because Anna is awesome. She is my big sister and the person I’ve looked up to my entire life. When we were little kids she started doing gymnastics and I loved watching her swing around on the bars so I started doing gymnastics. Anna HATED that I was doing the same thing as her so she quit and started taking ballet classes. For a while I stuck with gymnastics only, but as I got older I proceeded to follow in her footsteps and took a few dance classes.

It turned out I wasn’t much of a ballerina but preferred jazz so she lucked out there. Until, we both joined our high school dance team. Not only did we live together, but we attended practices, football games, basketball games, and all things POM together. I sort of expected that we would fight all the time – surprisingly we didn’t. If anything we grew closer together. Then when we went to college several years apart at the University of Colorado we became even closer. Now we do lots of things together – ski, hike, sing horribly, dance, cook, run, yoga, read – just to name a few. Without Anna I wouldn’t have a profound respect for a cool restaurant bathroom, or stop at as many architecturally beautiful buildings in whatever city we are visiting, but I wouldn’t have life any other way.

There’s nothing better than having sisters.

Thankfully, I have two of them and they are incredibly inspiring, hard working, generous, creative, and kind. I’m also lucky enough to have made friends in my lifetime who are my sisters in a different way. Everyday I celebrate y’all, but today I celebrate Anna. I know I’m not there in person to drink margaritas @ El Camino, but I’m there in spirit (while simultaneously trying to figure out what I’ll make in my new crockpot)

Cheers to you! Here are just a few of my favorite pics – 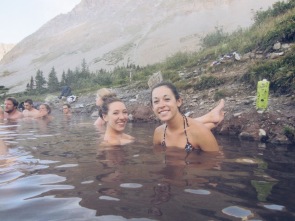 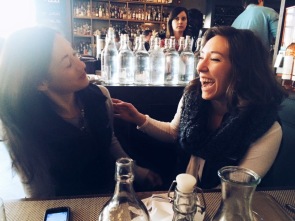 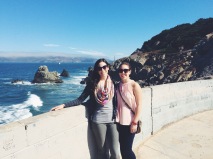 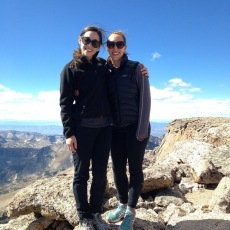