While I was riding the MARTA to work a couple of months ago, staring out the window, dreaming of things I would rather have been doing, I started to scheme about how I might get better at caring for flowers. As you may have gathered from some of my previous posts, I love plants, but don’t necessarily possess a knack for growing them. So, in the attempt to cultivate a green thumb I spontaneously signed up to volunteer with the Atlanta Botanical Gardens. I’ve become a GEM (Garden Essential Maintenance).

Basically all that means is that one morning a week – Thursdays – I weed flower beds for 3 hours. Its pretty glamorous I know. But in all reality, I really enjoy it. The horticulturist I work with happens to have also lived in Boulder, Colorado for some time so there’s a lot to talk about. We not only reminisce on the best places to hike, grab brunch, or enjoy a cold one, but he also explains the art of gardening.

I’m learning to deadhead flowers to make room for new growth, to recognize poison ivy so I’m not a miserable person, to shear sea grass with giant scissors, and to find peace among the dirt.

One of the most common weeds I pull is a seedling for a Tulip Poplar. Over time, the tiny plant transforms into a giant tree. The gardens typically don’t allow this tree to grow bigger than a baby bud because it does get so large, but they do house one of the largest in Atlanta. It’s so tall that they have it grounded and above the tops of the leaves lives a lightning rod. Apparently when tulip poplars get struck by lightning they explode. Can you imagine anything more spectacular?!  In my opinion that would be a pretty neat thing to witness – from a short distance away of course – but according to Dave, “It makes quite the mess”. He doesn’t want to clean it up.

This week, I’m thankful for quiet moments in the garden. For the chance to learn and for the chance to get a little dirt under my fingernails. Thumbs crossed when I have flora of my own it will be half as beautiful as this garden in the woods. 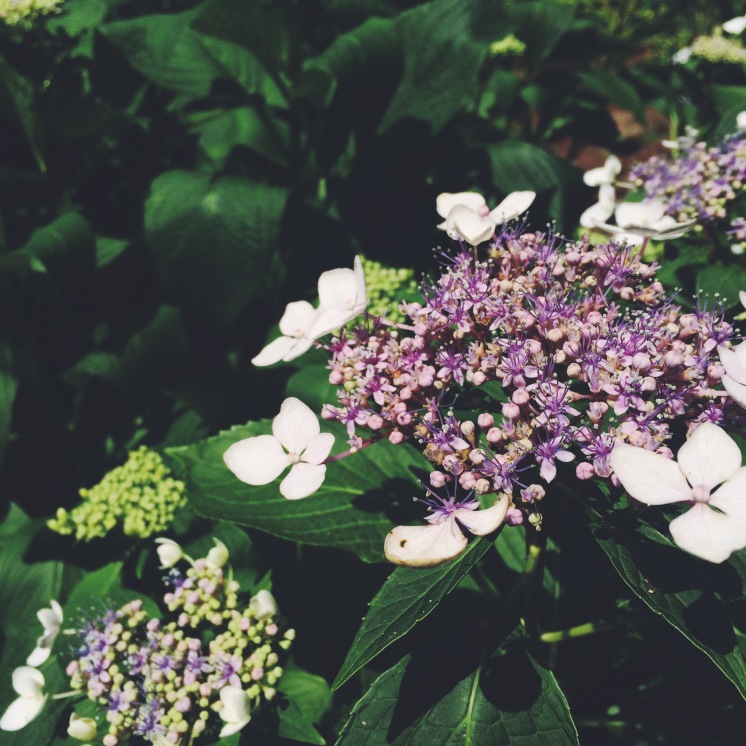