Home to dust, cacti, and rocks. Capitol Reef National Park is a little know plot of land stuck between Grand Staircase-Escalante National Monument and Canyonlands National Park. Southern Utah is filled with a collection of canyons and desert and starry night skies. This was our destination as we hit I-70 early one Saturday morning to kick-start our #springbreak2018. 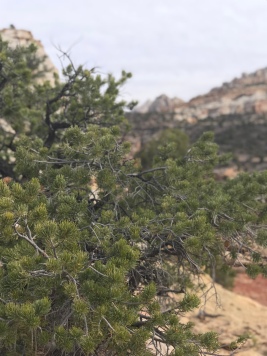 Can you see the heart?

Landbridge versus natural arch – do you know the difference?

The plan was to car-camp the first night, followed by two nights out on the Lower Muley Twist Canyon. After checking in at the Visitors Center to register and get a permit for backpacking we decided to change our plans. [You need a permit to backpack at Capitol Reef, but they are free and as far as I could tell, there’s no limit on the number of permits that they give out]. The ranger told us that Capitol Reef was at 25% of their normal rainfall for the year. In a place that’s already strapped for water, this means there is even less to go around. She shared with us that Lower Muley Twist had no water – aka probably a bad idea to go there, unless you want to carry three days worth of water! That sounds heavy. The ranger did have reports that the Halls Creek Narrows trail had water, so it was there we set our sights on.

That first night we camped at a small, limited resource campground – Cedar Mesa – where our friends were able to find us after dark. We woke up the next morning, split up our food among packs and drove to the trailhead. The first part of the hike brought us down from the rim of the canyon to the wash at the bottom. From there, the hike twists and turns as it followed the dry river bed. It was so very sandy! Try carrying a pack with your next two days’ supplies along the beach. Despite the extra challenge, it sure was beautiful. That first day, we broke for lunch at this red rock and then kept trekking down the trail until we got to the mouth of the Halls Creek Narrows where the first drinkable water appeared. 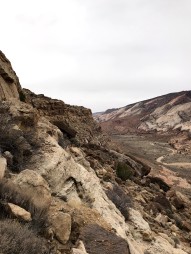 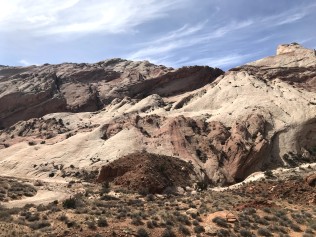 With the sun rising on the canyon walls overhead, we cooked up some oatmeal and selected what would come with us on our day hike through the narrows section. The day before we ran into another person who told us that he encountered some deeper water that he had to wade through. So, we left our campsite preparing to get a little wet. Shortly after entering the narrows we ran into another person who said he found water that we all the way up to his neck! This was a very tall man. You bet we were a little nervous because we didn’t know who to believe about how deep the water would actually get, but we pressed on anyway.

In the narrows, the canyon walls loom directly overhead. They make you feel small, your problems insignificant. The quiet echo as your voice bounces off the smooth rock and the trickle of water at your feet. These are the sounds of the narrows. 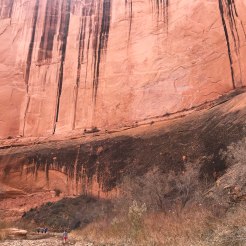 I’m not sure where one of our travelers found water up to his neck because we never waded past our hips.

The last night of the trip, we camped out beside the dried wash. Stars overhead and sand underneath. 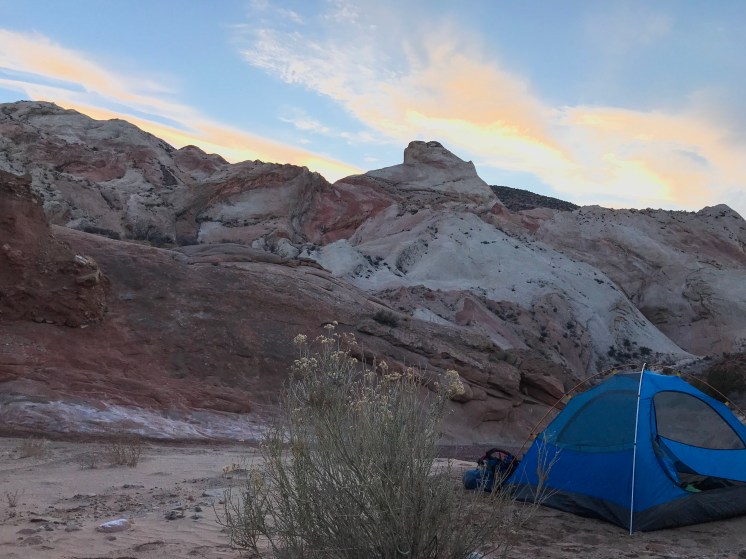 A break from school, a break from the real world, an escape into nature.